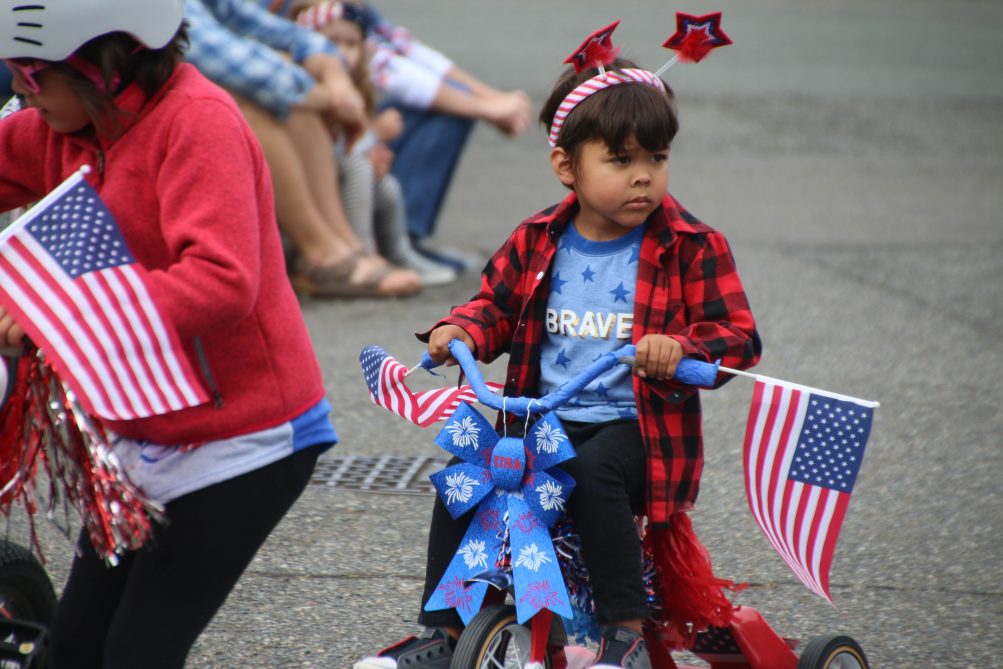 Two weeks from today, it’s the 4th of July, and two major events are returning.

WEST SEATTLE 4TH OF JULY KIDS’ PARADE: We mentioned back in April that this is returning; now that it’s close, it’s worth another reminder. This is a non-motorized (except for the fire truck and pickup truck that have led it in past years) parade, no pre-registration required – just show up with your kids of all ages, and you’re in! Red, white, and blue clothing/decorations encouraged. The parade starts from 44th/Sunset in North Admiral [map] at 10 am and moves along a few neighborhood blocks before crossing California to end at Hamilton Viewpoint Park with activities to wrap up the morning of fun.

LAKE UNION FIREWORKS: Seafair is bringing back the big show – Seattle’s only Independence Day fireworks display – this year, and much of it will be visible from north-facing West Seattle if you don’t want to journey across the bay for an up-close view. The fireworks go off over Lake Union starting around 10:15 pm.