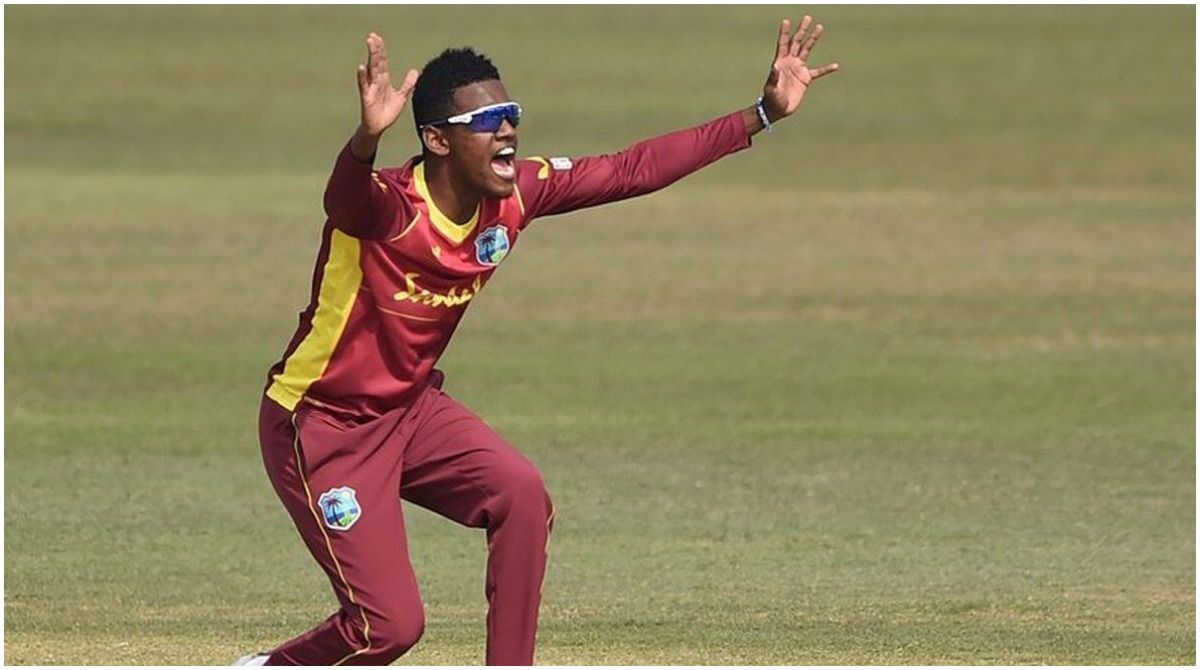 Ahmedabad: Rising Windies all-rounder Akeal Hosein is aware that a significant performance in the ongoing ODI series against India could open the doors for him for the big-ticket IPL. Trailing 0-1 in the three-match ODI series here, the Kieron Pollard-led side is faced with a must-win situation in the second rubber here on Wednesday as the left-arm spin all-rounder wants to make all the difference in the slow conditions on offer.Also Read – IPL 2022 Mega Auction News Updates: PBKS, KKR and RCB Look to Fill Spot of a Captain

“Yes, we know, the IPL is the best league around. But I’m not really focused on that (IPL). The task at hand right now is these two games. They are very important for me, because it will determine the series,” the 28-year-old said in a virtual media interaction on the eve of the second ODI. Also Read – IPL 2022: I Thought RCB Might Bench Me a Couple Of Games, Recalls Devdutt Padikkal

“Having said that, I think once I do the right things and perform well for my team, the doors will open. For me, it’s all about these two games and winning this ODI series.” Also Read – Shikhar Dhawan, Sheryas Iyer Train After Recovering From COVID-19

I see myself as a complete all-rounder

A slow-left arm spinner and a dasher down the order, Akeal declared himself as a 50-50 all-rounder, who is hugely influenced by his fellow Trinidadians Pollard and Sunil Narine.

“I think I’m a 50-50 perfect proper batter, proper bowler. Having said that, over the last couple of years, I’ve played CPL, different formats and what not. Then you find yourself you might flex down the order if given an opportunity to bat.

“I definitely see myself as a total all-rounder and it’s just about working my way up the ladder. Hopefully people can see that I am a genuine allrounder,” he said.

Akeal, who was part of the Kolkata Knight Riders net bowling squad in the second phase of the IPL in UAE last year, said his fellow Trinidadian Sunil Narine played a big role during the stint.

“For me, having the opportunity to spend more time with him in KKR setup helped me a lot because the World Cup was played in Dubai as well,” Akeal said.

How Narine helped Akeal during the T20 World Cup

Akeal remembered he was feeling “terrible” at the nets on the eve of their T20 World Cup match and it was the two-time IPL winning KKR all-rounder who helped him.

“It was actually the day before the game, so it was a bit worrying. But Sunil said ‘don’t be surprised. That’s how it goes. Some days you’ll feel terrible in the nets, and then the next day you will see the ball coming out of your hand perfectly in the match.’

“His advice was spot on. I didn’t take it (the feeling) on too much and surprisingly in the match the ball came out beautifully,” Akeal, who was their best wicket-taker with five to his kitty in the T20 World Cup, said.

“I was able to get a feel of the pitches and worked closely alongside, always giving me advice and information and little cues, the type deliveries, trajectory. Immediately after the IPL, we had the World Cup and I thought I didn’t do too bad there.”

“Sunil is not only a friend to me but a big brother. He’s very quiet but very open at the same time. He would share almost everything with all his tricks and ideas.”

“And if he thinks it’s a trick that can’t work and doesn’t work for him, he will definitely shared with me as well.

Terming the duo of Pollard and Narine as his ‘big brothers’, he said: “It’s always a blessing to have these guys around. They’re more than friends. I consider them big brothers and they always look out for you in any way possible. I’m very thankful.”

“These guys are always around. We play with the same club back home — Queen’s Park. So it’s where our relationship grew from. No matter where you are, these guys are just a phone call away.”

West Indies put up an ordinary show and collapsed against the spin force of Yuzvendra Chahal and Washington Sundar to be bowled out for a paltry 176 as India secured a six-wicket win to take a 1-0 lead in the ODI series.

“Yes, we’ve lost the match and it’s a short series — three matches. Although we lost, there were still positives. It’s just about how we plan to bounce back and come back strong.

“The message is to stay positive and get ourselves in proper positions to play strong scoring shots. That’s definitely something we’re going to stick with, no matter the surface and condition. Once we do those things we’ll be able to get through,” he concluded.