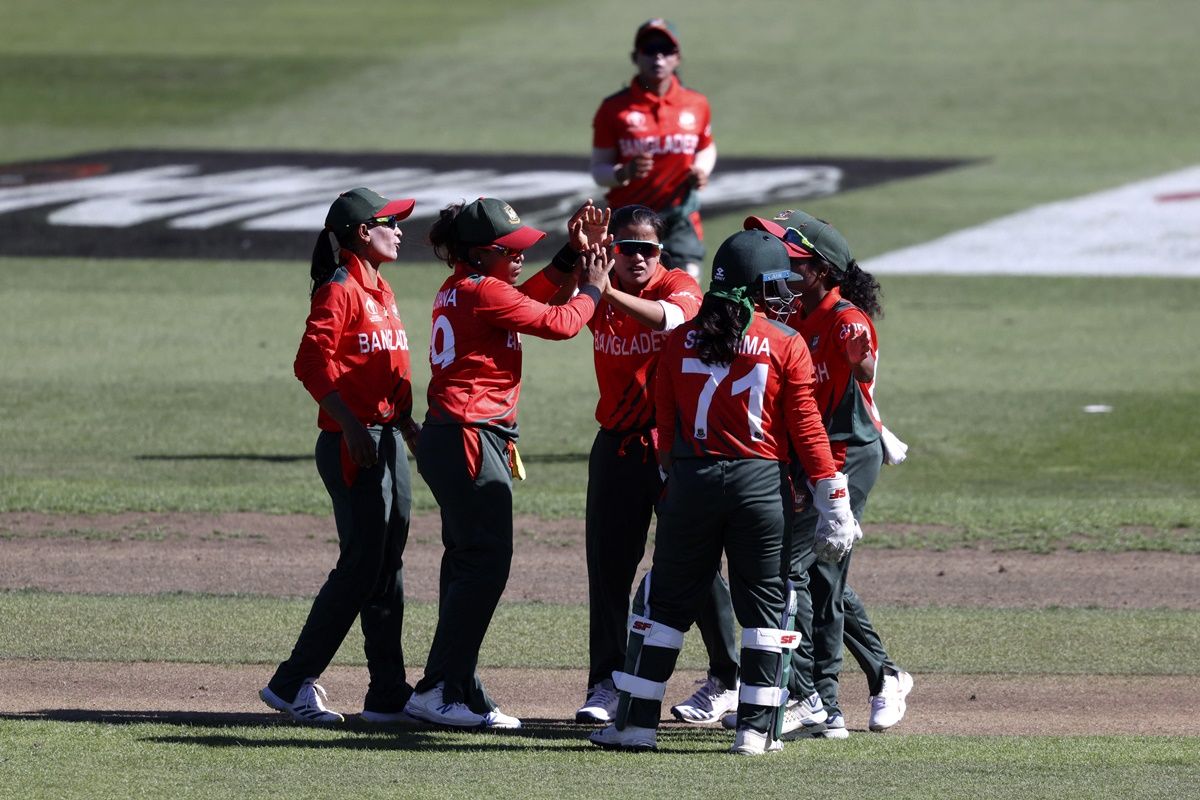 Hamilton (New Zealand): Fargana Hoque and Fahima Khatun came to the party as debutants Bangladesh celebrated their first-ever World Cup victory against favourites Pakistan at the Seddon Park on Monday. A fine century from top-order batter Sidra Ameen wasn’t good enough as Pakistan suffered a fourth loss in as many outings in the tournament.Also Read – Women’s World Cup: Matter Of Us To Make Sure to Learn From Today’s Mistakes, Says Jacob Oram

Bangladesh’s Hoque scored a clinical 115-ball 71 batting first to guide her team to a competitive 234/7 in 50 overs. Khatun then took three crucial wickets to thwart Pakistan’s chase as the Bismah Maroof-led side fell short by nine runs. Also Read – Women’s World Cup: A Lot Has Happened in Those Five Years, Says Sune Luus Ahead of Facing England

It was a performance full of class as the fast-improving Bangladesh side successfully defended their score with a brilliant display of spin bowling. At one stage it looked like Bangladesh’s winning hopes were all but dashed, with Ameen scoring at will and on her way to Pakistan’s first century in Women’s World Cup. With Pakistan’s reliable skipper Maroof controlling the tempo of the chase at the other end, it looked like Bangladesh were in for a heavy defeat. Also Read – Women’s World Cup: Pakistan, Bangladesh Keen to Get First Points on The Table

The duo had catapulted Pakistan within sight of victory, needing a further 80 runs with nine wickets in hand and ample time still to bat.

But Fahima Khatun (3/38) and Rumana Ahmed (2/29) turned the game on its head, as Pakistan lost six wickets for just five runs to fall from a position of strength to going broke in no time. There was still hope while Ameen was at the crease, but when she was run out in the 48th over, the celebrations began for the Bangladesh team.

The victory sees Bangladesh keep their semifinals hopes alive, while Pakistan’s chances look all but over as they languish at the bottom of the points table.

Earlier, a fine half-century from Fargana Hoque helped Bangladesh to their highest total at a Women’s World Cup and also their biggest ever in an ODI contest. Hoque paced Bangladesh through the crucial middle overs with 71 from 115 balls, while skipper Nigar Sultana (46) and opener Sharmin Akhter (44) also made valuable contributions after Maroof won the toss and elected to bowl first.

Pakistan bowled well at times, with their spinners particularly impressive and left-armer Nashra Sundhu the pick of those slow bowlers with figures of 3/45.

Akhter and Shamima Sultana (17) provided Bangladesh with a solid start as they put on 37 for the opening wicket and it wasn’t until spinner Nida Dar (1/45) was introduced to the attack that the initial breakthrough was made.

Sultana failed to handle a Dar delivery and could only pick out Fatima Sana at mid-on and Akhter was on her way shortly after when she miscued an attempted sweep shot and was bowled by Omaima Sohail.

That brought Hoque and Sultana together and the pair batted well within themselves to put on 96 for the third wicket and lay the foundation for Bangladesh’s good total.

Sana made the vital breakthrough in the 40th over when she trapped Sultana LBW, but Hoque remained resilient as she ensured Bangladesh would post a competitive score that proved to be enough.